WhatsApp group calls get a completely new look. Here’s how to navigate 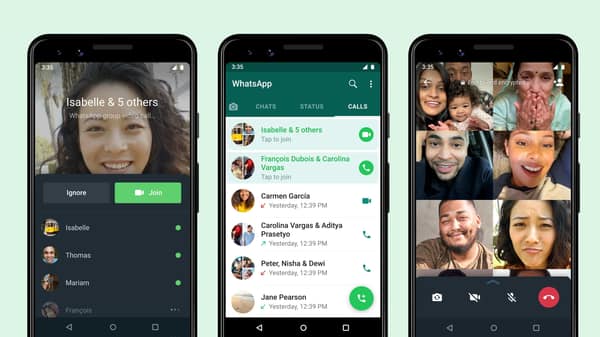 WhatsApp users might have witnessed some changes in the instant messaging application, especially in the group calls. The company has released an update to group calls which has not only changed the way it looks but has also changed the functionality from before.

Entering WhatsApp group calls has become much easier after the launch of the new feature. However, the changes might create confusion for many non-tech-savvy users.

Here’s what is new with WhatsApp group calls

Earlier, WhatsApp group calls could only be entered when the call begins and when a user adds another person to an ongoing call. If the call was missed, there was no way to enter the call, without asking someone else to add you to it.

With the new group call feature, users will be able to view any ongoing group calls that they missed from the ‘Calls’ tab. They can then enter the group call by just clicking on it.

Users will also be able to see who all have already joined the call and who haven’t joined yet before entering the call. The new feature is available for both voice and video calls.

How to navigate the new group calls

Once a user starts a group call, the invite will go to members as before. However, as soon as anyone member picks up the call, they will take up the entire screen. As more and more members of the group call pick up the phone, they will start appearing in separate windows.

The members who haven’t picked up their phones will keep listening to the ring tone for a while after which the ringing will stop. Later, they will be able to view the ongoing call in the ‘Calls’ tab and enter it from there.

The calling window has been changed completely, the controls like buttons for mute, camera switching, closing video and declining the call are all place in a floating taskbar below.