The end of the US-China tech stock bromance 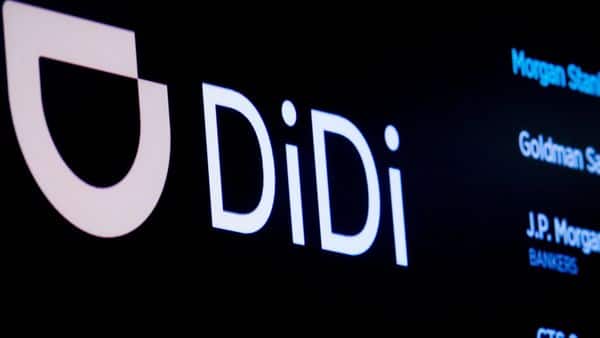 One curious aspect of the U.S.-China conflict over technology is that, even with the two governments at each other’s throats, tech investors have been happy with a warm, mutually profitable embrace.

At least until now. The abrupt tumble of Chinese ride-hailing giant Didi just days after its blockbuster $4.4 billion initial public offering in New York is likely to put a long-lasting damper on new Chinese listings in the U.S., achieving the kind of financial decoupling, at least in stocks, that the Trump administration was unable to achieve. Amid an intensifying regulatory storm at home, Didi shares now trade at only around 70% of their June 30 IPO day opening price.

On Thursday, The Wall Street Journal reported that the Cyberspace Administration of China, which reports to a central leadership group chaired by Chinese President Xi Jinping, will be in charge of policing overseas listings.

What is happening now in Chinese internet technology has several aspects: politics, legitimate regulatory concerns over market power and data privacy and an ever more muscular Chinese industrial policy which views data as a sovereign resource and is also increasingly skeptical of the utility of consumer internet firms compared with hardware applications like microchips.

From an investor perspective the crucial takeaway is that all three of these things are now arrayed against consumer internet firms. Anyone buying into a Chinese internet tech IPO or hoping this crackdown proves transitory is taking a huge risk.

Moreover, Beijing is now taking an explicitly hostile—or at least highly skeptical—attitude to overseas tech listings themselves, after a long period where U.S. markets were viewed as an important capital source which Chinese markets weren’t fully ready to replace. After stepping up regulatory scrutiny over Didi and two other technology companies newly listed in the U.S., Beijing said this week it would tighten rules for overseas listings more generally. Despite years of U.S. threats to delist Chinese firms due to accounting issues, it may eventually be China that really pulls the plug.

Chinese companies have raised $26 billion from new listings in the U.S. in 2020 and 2021 according to Dealogic, the most since Alibaba’s record-breaking IPO in 2014.

The Didi case itself aptly illustrates Beijing’s growing unease over such listings. In an echo of the troubled Ant Group IPO which helped catalyze official skepticism over internet firms’ reliability, Didi shunned regulators’ suggestion to delay its initial public offering and first conduct an examination of its network security.

It is now crystal clear that the government sees security and curbing internet firms’ market and political power as much higher priorities than helping them access capital, even though they have been big job creators. That is particularly true given Beijing’s new obsession with semiconductor independence and with keeping the economy focused on manufacturing rather than services: It wants cash going into microchips and robotics, not online grocery delivery. Chinese internet companies won’t escape scrutiny by listing overseas. Even capital activities conducted abroad may be subject to tighter restrictions. Many U.S.-listed Chinese companies have already chosen Hong Kong for secondary listings in recent years. More will follow suit.

Data sovereignty has also become a growing concern of Beijing as technology firms collect troves of information that could potentially be accessed by adversaries or foreign tech rivals. The Trump administration’s effort to push TikTok out of the U.S. was grounded in similar concerns. Data security and sovereignty increasingly will become a point of contention between the two superpowers. Tesla said in May it would open a new center in China to store all data from its cars there to address concerns on how the data could be used.

Beijing is also clearly concerned that, besides widespread anticompetitive practices like “er xuan yi”—forcing merchants to choose to sell exclusively on one platform—and the financial stability concerns raised by Ant’s loan origination business, Chinese Big Tech has simply become too powerful in its own right. Episodes of firms like Alibaba apparently trying to control the media narrative on their own—a scandal involving an Alibaba executive on the popular microblogging platform Weibo, of which Alibaba owns a large chunk, was censored by Weibo itself last year—weren’t well-received in Beijing, which is accustomed to doing the censoring itself.

The crackdown on internet technology companies, beginning with Ant Group’s derailed IPO in November, shows no signs of slowing down. After years of operating relatively freely, more intense regulatory scrutiny will become the norm. Overseas investors’ interests seem unlikely to be a major consideration.

Chinese tech stocks have suffered over the past year as the regulatory storm has intensified. Anyone sticking around hoping for the skies to clear could be in for a very long, very wet wait.