Realme tab leaked in images with metal body, single-lens camera. What to expect 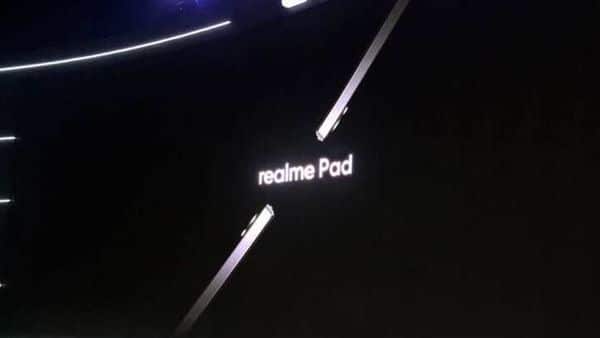 Realme might soon introduce a new tablet. The Realme Pad renders were first spotted ahead of the Realme GT global launch in Europe. However, there was no such announcement during the event. Now live images of the device have allegedly come to the surface and these images give us a glimpse of the new device.

The Realme Pad leaked images have been shared on the Slash Leaks website. In the images, we can see a woman handling a big tablet and most likely using the camera on it.

In the images of the front panel, the device in use seems to be under some kind of disguise as the chin of the tablet as well as the forehead are much bigger than standard tablets on sale.

Realme is also expected to launch a laptop which will be named Realme Book. Going by some leaked images, we can be certain that the laptop will heavy inspiration from Apple’s MacBook lineup.

In the month of June, Realme India chief Madhav Sheth, shared a cryptic image that looked a lot like a laptop wrapped in a paper bag. The image shows a laptop that has semblance to Apple’s popular MacBook line-up in terms of colour. The paper envelope is also a subtle nod to how Apple’s former CEO revealed the MacBook Air in 2008, in order to emphasize how thin the machine is.