Ransomware is the IRS of Bitcoin 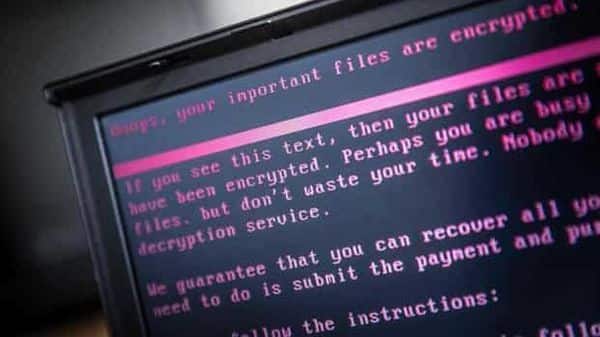 Ransomware is to bitcoin as the Internal Revenue Service is to the dollar. Just as the taxman forces you to use dollars to pay your taxes, electronic ransom demands have been set in bitcoin, forcing companies, individuals and even some governments to use the cryptocurrency if they wish to regain control of their computer systems.

If this sounds wacky, bear with me. Before getting into the full explanation, we need a brief tour of theories of money. The most widely accepted is that money was created because early humans found it so inconvenient to barter with pigs, llamas or berries. It would be much easier to swap my llamas for widely accepted items—cowrie shells, fancy feather boas or carved stones—and then swap those items again for grain than it would be to find someone with grain who happened to want llamas.

Money was also a means of accounting for debts; easier still than using cowrie shells would be to take the grain now, get some notches on a tally stick, and later provide llamas, or grain, or whatever was promised to pay off the debt.

The first of these theories focuses on money as a means of exchange, an area where bitcoin has floundered because of the cost and hassle required to actually buy something in bitcoin. Only when its anonymity and international nature help enough to offset these disadvantages, such as in evading money-laundering laws, taxes and capital controls, is it much used. The rest of bitcoin trading is speculation and exchange arbitrage.

The second theory focuses on money’s role as a unit of account, an area where bitcoin hasn’t had any success so far. Even in El Salvador, where bitcoin is being made legal tender, stuff will still be priced first in dollars, then translated into bitcoin for anyone paying in crypto.

A third theory is increasingly popular thanks to Modern Monetary Theory, and puts the IRS front and center. One of the founding principles of MMT is chartalism, the idea that money has value because we have to pay our taxes in it. The government issues paper (or mints coins) and because it demands that we return certain amounts of that currency every year, we have to acquire it. Put another way: Fiat dollars are backed by the IRS, which has men and women with guns at its disposal.

Cryptocurrency buyers often cite the free-spending ways of MMTers on the left of the Democratic Party as a reason to dump dollars, but the theory also supports the idea that bitcoin is backed by ransomware. Think of the ransomware that encodes your hard drive and demands payment in bitcoin as the crypto version of a tax demand and IRS enforcement wrapped up together.

If enough people have to go out and buy bitcoin to pay ransoms, others will produce and hold it ready to sell because there is steady demand. If you have it anyway—ready to supply for ransoms or for taxes—you might choose to use it for other things too, just as people do with dollars.

It doesn’t really matter how inconvenient it is to pay in bitcoin when you don’t have any other choice—and the same was true for even less-useful forms of money, such as the 44-pound copper coin used in Sweden as a large denomination in the 17th century.

Like taxes, the forced use of bitcoin by victims of ransomware creates a need for at least some bitcoin. Ransom payers have to buy it from someone else, who either is in the energy-intensive business of mining it or speculates on its future value. So far, it hasn’t provided the foundation for broader adoption, not least because the dollar is far better for most people as a means of exchange and unit of account. But the ransomware provides a base level of demand, and plays the same role that taxes do in the traditional system.

Unfortunately for bitcoin, the hack of Colonial Pipeline’s systems went too far. Governments have realized that they need to get serious about tackling ransomware threats, while the Federal Bureau of Investigation’s recovery of roughly half the Colonial payment appears to have pushed hackers to other, more secretive, cryptocurrencies.

Many bitcoin buyers won’t care about whether bitcoin is widely used for spending, preferring to think of their string of numbers as a store of value than as either a means of exchange or a unit of account. This argument runs that like gold, bitcoin has value because others think it has value. While bitcoin doesn’t appeal to our love of shiny stuff, or have gold’s history of use as money, it will act as a store of value if enough people believe it is a store of value.

It isn’t obviously the case that enough people think bitcoin is a store of value, though some—“HODLers,” in it for the long run—clearly do. Quite apart from its insane swings in price (ideally stores of value wouldn’t double or halve every couple of months), it is full of people trading it in an attempt to become very rich very quickly. That is quite different from buying it as a way to protect one’s wealth if everything goes wrong, which is the usual justification for investing in gold.

Maybe we need to add a new section to the theory of money: store of volatility. Think of bitcoin as a gambling token, and it makes perfect sense. The appeal to get-rich-quick merchants and scam artists could provide a reliable source of buyers to support the price. Get enough people in and—perhaps—enough people will want to spend their winnings to support its use as money. Of course, the IRS will want its share of the profits, whatever they are denominated in.