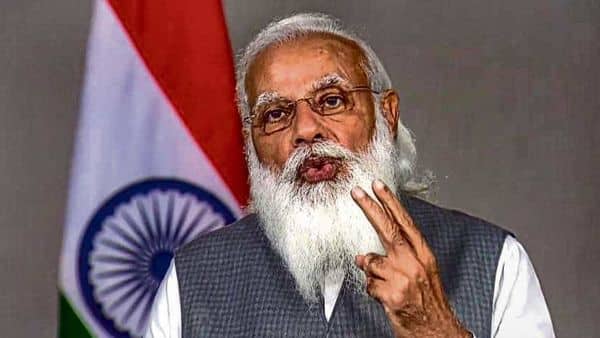 NEW DELHI: Celebrating a year of the new National Education Policy (NEP), Prime Minister Narendra Modi will on Thursday unveil at least 10 schemes including an academic bank of credit (ABC) in tertiary education, a competency-based assessment system for the school sector, and a framework for internationalisation of Indian education.

“Prime Minister will launch the Academic Bank of Credit that will provide multiple entry and exit options for students in higher education, 1st year engineering programmes in regional languages and guidelines for internationalisation of higher education,” the Prime Minister’s Office said on said Wednesday, a day ahead of Modi’s address to the nation on the first anniversary of the NEP.

Initiatives to be launched also include Vidya Pravesh, a three month play based school preparation module for class 1 students; Indian sign language as a subject at secondary level; and unveiling of NISHTHA 2.0, an integrated programme of teacher training designed by national council for education research and training (NCERT).

The prime minister will also announce a new initiative called Structured Assessment For Analysing Learning Levels (SAFAL), a competency based assessment framework for Grades 3, 5 and 8 students studying in schools affiliated to the Central Board of Secondary Education (CBSE).

To be sure, NEP 2020 emphasised the need for improving early literacy and numeracy, a constant problem that the annual education status reports have highlighted in successive years, underscoring the lack of basic language and numeracy skill in students of Class 5.

Modi will also unveil an online platform dedicated to artificial intelligence (AI). Most of these schemes are aligned to the new national education policy and its provisions

According to the PMO, the prime minister will also launch a National Digital Education Architecture (NDEAR) and National Education Technology Forum (NETF). Both these schemes, the government believes, will support teaching and learning activities, but also educational planning, governance administrative activities of the central and provincial governments.

To be sure, the union budget 2021-22 had said that NDEAR will be unveiled soon and had mentioned that the move once launched will “provide diverse education eco-system architecture for development of digital infrastructure, a federated but interoperable system that will ensure autonomy of all stakeholders, especially States and UTs.”

RP Tiwari, vice chancellor of central university in Punjab, said multiple entry system and academic bank of credit will have long-term benefits for higher education segment and upgradation of skill and industry readiness of students and formal structure to internationalise the higher education in India will bring everyone on a single platform and boost the attractiveness of India as a study abroad destination.

The new education policy was approved by the Union Cabinet on 29 July 2020, and has several reform proposals including rationalisation of higher education regulators, funding for private sector research, structural change in school education, establishment of national research foundation, integration of vocational education and coding from upper primary schools, among others.