It is situated in Meerut in the Uttar Pradesh state of India. Established in 2007, it is approved by AICTE and affiliated to APJ Abdul Kalam Technological University. Meerut Institute of Technology provides 8 different courses at the UG level. The institute values the significance of the overall development of personality and to achieve certain skills such as Communication Skills, Negotiation Skills, Critical Reasoning Ability, Right Attitude, Self Image, Motivation, Goals, Resume Writing, Mock Interviews, etc. MEERUT INSTITUTE OF TECHNOLOGY

The institute is located in a serene environment and provides all the facilities needed by the students. The admissions are done through online mode only. Placement Cell Organizes various activities throughout the year including an Industrial Tour.

The trust “Vishnu Education Foundation” was formed in 2004 by Er. Vishnu Saran, the known philanthropist, and like minded persons. Like minded philanthropists of this region joined hands and took upon themselves the social causes and established charitable hospitals and vocational schools. They felt the need on the turn of the century to train the technical man power for the new millennium and established engineering institutes, hence the foundation of Meerut Institute of Engineering & Technology, Meerut was laid in 1997 to prepare young man and women for the new millennium. Then promoters founded Meerut Institute of Technology in 2007 under another charitable trust  . Trust  has stemmed out from the same society “The City Educational & Social Welfare Society”. The institute had also received UPTU Excellence Award in 2008 and 2009 from Gautam Buddh Technical University, Lucknow. MIET is a leading Institute known for placement and academic excellence and is also a preferred destination for technical education for students of Uttar Pradesh particularly in this region. Over the years the society has developed many institutes in the field of Engineering and Tech., Management studies, Pharmaceutical Science and Computer Applications. 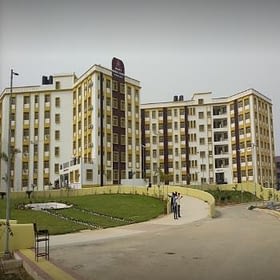