Founded in 2012, Kaziranga University is one of the largest private universities in North-East India. Kaziranga University has been established under the Assam Private University Act No. XII of 2007, offering state-of-the-art education and research relevant to market needs. The University has been promoted by the Trust under the banner of The North Eastern Knowledge Foundation (NEKF) and founded in the year 2012 by the Khetan Industrial Group.
The social sensitivity and responsible entrepreneurship of both the groups have helped them to imbibe a culture of proedification in their endeavour and give back the knowledge and experience to the society that they have gathered over years of service to the nation.

The KU insignia attempts to visualize the guiding mission and driving spirit of the University. The one-horned rhino, available nowhere else in the world but the Kaziranga belt, symbolizes uniqueness. It also stands for steadfast concentration in one’s pursuit, overcoming obstacles of all kind coming in the way.

The one-horned rhino in the logo represents a confident and disciplined lifestyle that is not drifting aimlessly, but is respectfully connected to its roots. The sun on the top right corner, the timeless star of life, symbolizes knowledge as the eternal source of enlightenment. Overall, the shield is supposed to protect us from the invasion of ignorance in our lifelong pursuit of true knowledge and its humanist applications beyond.
The golden border hints at the shining glory that rewards every stellar performance upon completion.

Kaziranga University was conceptualized with a vision towards holistic and world-class education. The entire idea is based on the premise that every human being finds identity, meaning and purpose of life through an enduring bonding with the community, with nature and with humanitarian values of compassion and peace. KU believes in and endorses the ideology of conjoining serenity of the natural environment with the best international standards of educational facilities

This esteemed University has been promoted by the Trust under the banner of the North Eastern Knowledge Foundation, a trust registered under the Indian Trust Act 1882, and was proudly founded in the year 2012 by the Khetan Industrial Group. The University is established under the Assam Private University Act No. XII of 2007 under section 2(f) of UGC Act 1956, with the sole idea of imparting quality education to students, and achieving the status of a world class university that can offer state-of-the-art education and research avenues relevant to the contemporary world. 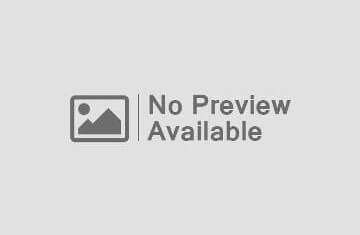