Koo will maintain its sharp focus on the Indian market, onboarding more and more users, even as it plans to venture into one new market in Southeast Asia after June 2022.

The Indian microblogging platform, which has enjoyed a meteoric rise in usage, is currently also available in Nigeria, a market that “continues to grow”.

Overall, the platform has hit about 15 million downloads now, with 5 million added in the last quarter, Radhakrishna told PTI.

“We have seen rapid growth. We are making sure that everything that India celebrates, whether it is language or culture, is resonating on Koo… Be it the cricket, politics, movies, spiritual leaders and their following, everything is being celebrated on Koo in their (users’) languages,” Radhakrishna said.

The platform, earlier this year, made inroads into Nigerian market.

“Nigeria has been growing well, organically. We are taking this time to understand the cultural aspects of Nigeria, and it continues to grow”, Radhakrishna informed.

India will continue to be the platform’s primary focus. So far as international expansion goes, Koo is keen to strengthen its presence in Nigeria and other African countries.

“For expansion, we will also experiment with (look at) one country in South East Asia…We have not chosen the country but we will definitely want to enter one more market…in Southeast Asia, in second half of next year,” he said.

Asked which locations could be in the reckoning as Koo charts out plans for venturing into a new market, Radhakrishna noted that Indonesia, Malaysia and the Philippines were among promising markets. Koo will study various markets and finalise its pick, closer to the date.

Offering microblogging experience in local languages and for people speaking local languages, has been Koo’s forte. “The premise of entering any market is whether they have significant local language aspect to their community and culture. Those are the countries, that we will enter,” Radhakrishna said.

Founded by Radhakrishna and Mayank Bidawatka, Koo was launched last year to allow users to express themselves and engage on the platform in Indian languages. It supports multiple languages including Hindi, Telugu and Bengali, among others.

India, the world’s second-largest telecom market and the biggest consumer of data, is a key market for Internet companies like Facebook, WhatsApp and Twitter given the large population base, burgeoning internet and smartphone adoption, as well as explosive growth.

The country enforced new IT intermediary rules earlier this year, aiming to bring greater accountability for big tech companies, including Twitter and Facebook.

Koo’s popularity in India peaked amid the Indian government’s spat with Twitter and growing calls for expanding the ecosystem of homegrown digital platforms. Koo saw a massive growth in its user base over the past few months, after union ministers and government departments in India endorsed the homegrown microblogging platform. 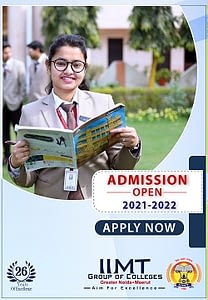