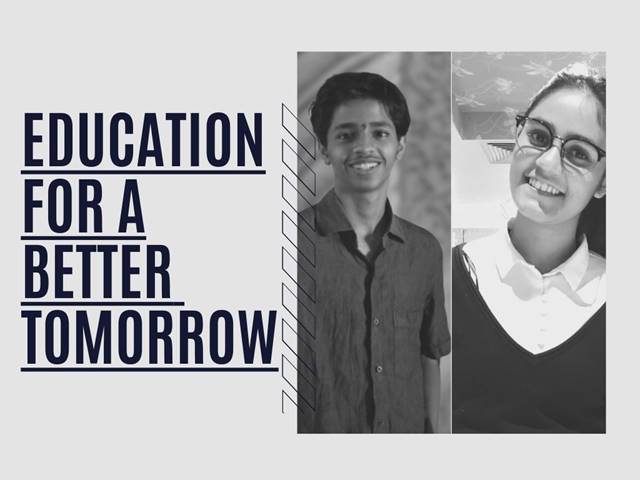 Backed by their undeterred hardwork and right mentorship, Yashesswin YVRS (18) from Secundarabad, Telangana and Raisha Kashyap (18) from Patna have received full scholarships to pursue their undergraduate degree at ‘dream’ Indian Universities. They share with us, how despite coming from economically constrained lower-middle class families, they managed to achieve this feat.

An old African Proverb goes ‘Smooth Seas do not make Skilful Sailors’. While most of us would have heard this at one point or another, very few understand it and even fewer imbibe it in our lives. However, two youngsters, Yashesswin and Raisha have not only imbibed it but followed it to join their ‘dream’ colleges for undergraduate studies. Yashesswin YVRS (18) from Secunderabad, Telangana and Raisha Kashyap (18) from Patna, India have received full scholarships to pursue their undergraduate degree at Ashoka University in Sonipat, Haryana and Azim Premji University in Bengaluru, Karnataka, respectively.

Both Yashesswin and Raisha, who come from economically constrained lower-middle-class families, had a major challenge as far as joining their dream colleges was concerned. Both aspired to join globally renowned private universities which are an ideal place for any youngster who wants to build a successful career ahead. However, despite their talent, hard work and commitment, it was their socioeconomic background that posed a major challenge, especially when it came to fees and other related costs.

This is where Dexterity Global – a national organization powering the next generation of leaders through educational opportunities and training – helped them achieve their dream. Established under the aegis of noted social entrepreneur Sharad Sagar, Dexterity Global identified and inducted Yashesswin and Raisha as part of their Dexterity School of Leadership and Entrepreneurship. Being part of the ‘Dexterity to College’ programme – the organization’s career development programme for young leaders in Indian high schools, colleges and workplaces – ensured that they both got the right guidance and mentorship to polish their skills and be part of world-renowned universities.

As a reward for their hard work and commitment, both Yashesswin and Raisha got to join not only the top-ranked universities, but they did so while being awarded full scholarships. The full scholarship will cover the entire cost of study for both Yashesswin and Raisha for their entire undergraduate education. This includes tuition, room and board, books and supplies, health insurance, travel expenses, etc.

Education for a Better Tomorrow

Coming from a humble background, both Raisha and Yashesswin are aware of the important role that quality education can play in building a better and brighter tomorrow for not only them but their communities. Expressing the role education and mentorship has played in his success so far, Yashesswin says that he has lived through and experienced the gap that exists between different social groups when it comes to education, our citizens & leadership. He further adds that his time at Dexterity has also helped him understand the role quality education plays in alleviating poverty, of both, material and non-material kinds. After completing his graduation, Yashesswin plans to dedicate his life to public service and become a servant leader and contribute to nation-building.

Born in Gangtok, Sikkim, and raised in Patna, Bihar, Raisha also shares similar experiences when it comes to inequity in education and its consequences. Hailing from the state of Bihar, where attaining higher education remains a far-fetched dream for many, she says that joining such a prestigious college feels ‘beyond surreal’. Thanking her mentors at Dexterity, She says that the right mentorship and guidance gave meaning to her pursuit of knowledge. Raisha further adds that the ideas & values imbibed by her during her training will help her serve the country as a public servant after completing her education.

Raisha and Yashesswin embody the #ItsPossible spirit of GenX because…while overcoming challenges in their own life, both of them have realized the role quality education plays in being an equalizer, especially in a diverse country like India. Both, Raisha and Yashesswin, after completing their education, plan to dedicate their life to public service and nation building so that others like them can have a better tomorrow.