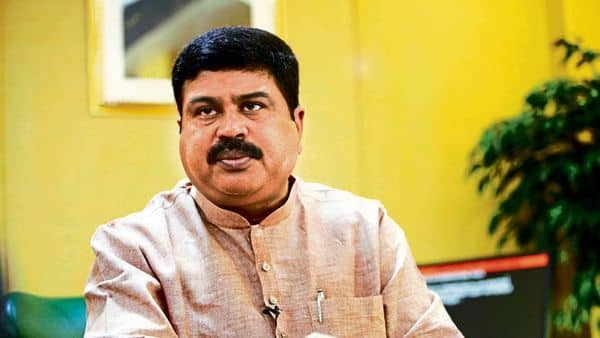 “Guided by PM Narendra Modi’s vision, we are committed to work with a forward-thinking attitude in inculcating a culture of innovation, encouraging research, entrepreneurship, incubation centres and developing futuristic solutions in higher education for an Aatmanirbhar Bharat,” tweeted Pradhan.

Will be committed to strengthen skilling efforts, equipping youth with necessary skills to prepare them for Future of Work and creating linkages between skilling & employment. pic.twitter.com/nDhydXtCzY

Prime Minister Narendra Modi interacted with Directors of centrally funded technical institutions on Thursday via video conferencing. More than 100 Heads of Institutions joined the Prime Minister for this interaction.

Prime Minister lauded the research and development work done by these institutions towards meeting the challenges posed by COVID-19. He appreciated the efforts of young innovators towards providing quick technological solutions.

Prime Minister Modi said that there is a need to adapt higher education and technical education to keep in tune with the changing environment and emerging challenges. He added that this requires the institutions to reinvent and reevaluate themselves, develop alternative and innovative models in accordance with the present and future needs of the country and society.

He emphasized that our higher educational and technical institutions need to prepare our youth for continuous disruptions and changes, keeping in mind the fourth industrial revolution.

Prime Minister underlined the need to progress towards education models that are flexible, seamless, and able to provide learning opportunities as per the requirements of the learners. He said that access, affordability, equity, and quality should be the core values of such education models.

Dharmendra Pradhan, Rajya Sabha Member representing Madhya Pradesh, took charge as the Minister of Skill Development and Entrepreneurship on Thursday. Pradhan will also be handling the Ministry of Education, which he takes over from Ramesh Pokhriyal ‘Nishank’.

Earlier, Pradhan was the Minister Minister for Petroleum & Natural Gas and Steel. The petroleum ministry will now be headed by Hardeep Singh Puri.

In April 2018, Pradhan was elected to the Rajya Sabha for the second term.52-year-old Pradhan is the son of former Minister of State Debendra Pradhan. He was promoted as a Cabinet Minister in September 2017.

As many as 43 leaders took oath on Wednesday in the first Union Cabinet reshuffle and expansion after Prime Minister Modi returned to power for a second term in May 2019. The swearing-in ceremony, which took place at Rashtrapati Bhavan amid COVID-19 protocols, came days ahead of the monsoon session of parliament.

Some of the key figures inducted into Union cabinet include Jyotiraditya Scindia, Bhupender Yadav, Sarbananda Sonowal and Pashupati Kumar Paras.