FAU-G team deathmatch launched on Android in beta mode. Here’s how to play 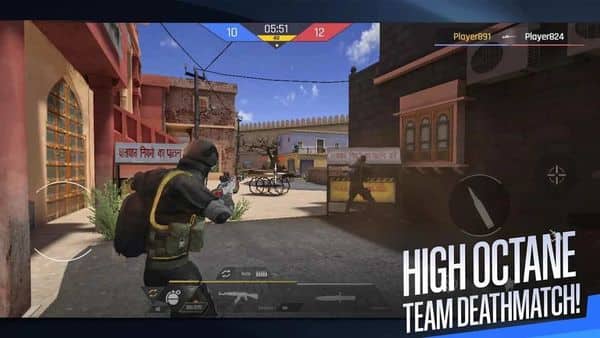 FAU-G, the ‘made in India’ alternative to PUBG Mobile (Battlegrounds Mobile India presently) has finally added a new mode for its players. With this, the mobile game is finally starting on the path of multiplayer games, much like the rivals it intend to take on.

The FAU-G team deathmatch is available only for Android devices. It’s developer, nCORE Games had promised to release the beta version on June 21, but had missed the deadline. On Sunday, they tweeted to announce the release of the team deathmatch mode’s beta version.

The tweet also features the link to Google Play Store for downloading the beta version of FAU-G team deathmatch. This version has been listed under FAU-G: Multiplayer (Early Access).

Here’s all you need to know about the FAU-G TDM beta release:

To download the game, go to Google Play Store and search for FAU-G: Multiplayer (Early Access). Keep it in mind that it’s a different listing from FAU-G: Fearless and United Guards, stable story mode of the game that was launched on January 26, 2021.

Once on the correct page, download the game on your device. If the beta test programme is full, wait till a slot open to register and start playing FAU-G TDM.

The FAU-G TDM beta is a full-fledged team deathmatch mode that allows players to team with random players online or with friends in the game to participate in 5v5 team battles.