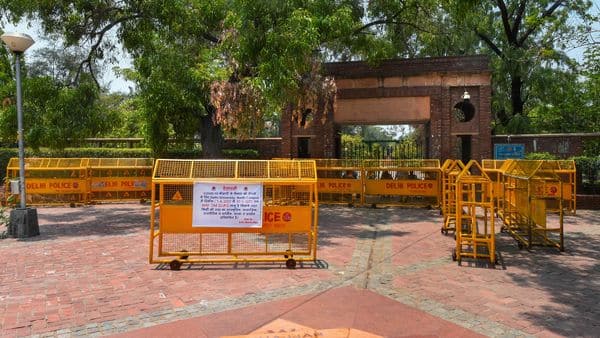 The Delhi University on Tuesday released its revised academic calendar which has details about the commencement of the new academic session and exams for the students of first year.

According to the calendar, the new session for the students currently in first year will begin from August 31.

The exams will be held between August 12 and 24 after which there will be a semester break of six days.

Students will be given a preparatory break from August 3 to August 11 during which practical examinations will be conducted.

The online classes for the students were suspended between May 4 and May 16 in view of the surge in Covid cases across the country.

BJP MP Ramesh Bidhuri on Tuesday met DU officials to discuss opening of a college for students from rural areas in south Delhi.

“Ramesh Bidhuri, Member of Parliament, visited DU to discuss progress on opening of a college for rural areas in south Delhi. He met the VC, DSC, estate officer, Dean Works and officers of the engineering department. He promised to help DU in facilitating progress in this endeavour,” the varsity tweeted.