Cyberpunk 2077 returns to PlayStation Store, but with a disclaimer. Details here 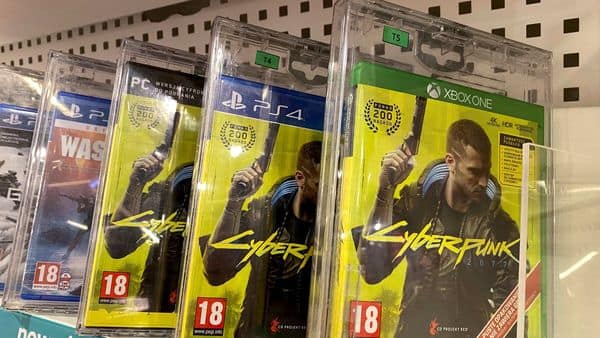 CD Projekt Red’s Cyberpunk 2077 was removed from PlayStation Store back in the month of December. The gaming studio and PlayStation have announced the game is officially back on the shelves after multiple fixes and feature updates.

PlayStation from its official Twitter handle stated, “Cyberpunk 2077 is now available at PlayStation Store. Work on the PS4 version continues, with fixes and updates to be released throughout the year: https://play.st/3xFRCtB For the best experience on PlayStation, playing on PS4 Pro or PS5 consoles is recommended.”

Despite the relaunch on PlayStation, the game comes with a warning for PS4 users. The disclaimer states, “users continue to experience performance issues with this game. Purchase for use on PS4 systems is not recommended. For the best Cyberpunk experience on PlayStation, play on PS4 Pro and PS5 systems.”

The role-playing game was announced in May 2012 but it was finally launched after repeated delays in Decemeber 2021. Due to the long waiting period and the success of another CD Projekt game, The Witcher, Cyberpunk 2077 managed to build a lot of hype.

After the launch, the game was found to be loaded with bugs. With increasing complaints, both Sony and Microsoft decided to take the title off their respective console stores.