Apple, Tesla to take hit from chip shortage, a sign of problem’s intensity 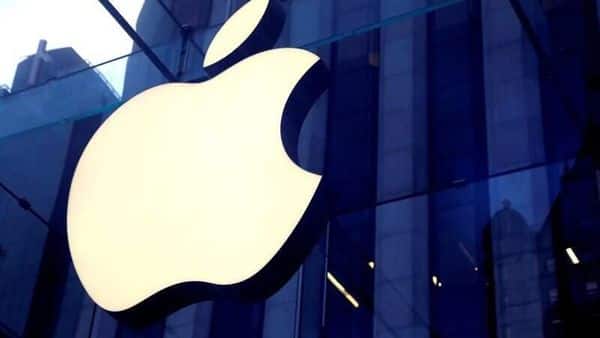 Apple Inc. and Tesla Inc. are set to begin feeling the impact of a significant disruption to the global supply of microprocessors, a sign that even some of the largest, best-supplied companies can no longer sidestep the semiconductor crisis.

The iPhone maker cautioned on Tuesday that supply constraints would extend to its smartphones during the three-month period ending in September, contributing to a slowing of the company’s growth compared with the 36% revenue gain in the most recent quarter. The caution comes as Apple prepares to bring out its latest iPhone this fall.

“We’re going to take it sort of one quarter at a time and, as you would guess, we’ll do everything we can to mitigate whatever set of circumstances we’re dealt,” Chief Executive Tim Cook told analysts Tuesday during a public conference call.

IPhone revenue rose 50% in the past quarter while most smartphone competitors have struggled to get parts. Similarly, Tesla posted a record profit for the most recent quarter in which it saw car deliveries more than double from a year earlier as other auto makers struggled with production.

Yet Tesla Chief Executive Elon Musk on Monday raised new concerns, suggesting his highly anticipated Cybertruck pickup, which was supposed to begin production later this year, could be affected. In order, he said, “to scale to volume that’s meaningful for customer deliveries, we’ve got to solve the chip shortage.”

In April, Apple had cautioned its iPad tablets and Mac computers could be affected by the chip shortage by $3 billion to $4 billion in missed revenue. With mitigation, however, the effect wasn’t as bad as expected. Chief Financial Officer Luca Maestri said the effects were mostly limited to iPads and that the impact was less than $3 billion. “In the June quarter, we didn’t have real issues with the iPhone,” he said.

“We have a phenomenal operations team, and they work very, very closely with our supply partners, and we try to do the best we can given the world-wide situation on a number of components,” he said.

The Cupertino, Calif., tech giant’s April-through-June period results are a case study in how its massive size and Mr. Cook’s career in supply-chain management helped the iPhone maker avoid the more severe disruptions other smartphone manufacturers have faced.

Over the years, Apple has used its might to invest billions of dollars into suppliers to guarantee space on their assembly lines so that the iPhone has the parts it needs, said Patrick Moorhead, president of the technology firm Moor Insights & Strategy. And where it doesn’t have such arrangements, it has shown a willingness to pay suppliers more to ensure needed parts are received, he said.

But even with those steps, there is only so much that can be done. “With the iPhone’s explosive growth last quarter, I believe that the company tapped into its reserves, and it sold phones in [calendar] Q2 that were targeted for Q3,” he said. “There’s likely no amount of investment that can change anything for Q3 and possibly Q4.”

Mr. Maestri cautioned analysts on Tuesday that the effect of supply constraints will create a greater revenue hit and now include both iPhones and iPads. Speaking broadly, Mr. Cook added that Apple’s supply constraints “are of the variety that I think others are seeing” while noting that some of it comes from greater demand for its products than expected.

Apple introduced its first iPhone with 5G cellular capabilities late last year, which has helped drive record growth for the company. Getting chips with the latest technology hasn’t been an issue, Mr. Cook said. “The legacy nodes are where the supply constraints have been on silicon.”

Before Tuesday’s results, analysts surveyed by FactSet expected iPhone sales in the current quarter to rise 49% compared with last year and revenue from the device to jump 36% next year compared with 2021.

Analyst estimates have been buoyed by a whisper network of supplier sources who said Apple appeared bullish going into fiscal 2022. As Apple ramps up production of its next iPhone ahead of launch expected in the fall, some suppliers have received component orders or production forecasts for the second half of 2021 that are in line with, or relatively stronger, than those that Apple has shared with them in recent years, people familiar with the matter said. Apple’s orders are an indication to the suppliers that the company isn’t expecting its iPhone production to be significantly impacted by chip shortages, they said.

On Tuesday, Mr. Maestri said Apple still expects double-digit revenue growth this quarter from a year earlier when it recorded $64.7 billion in sales.

An iPhone contains various kinds of chips. For the new models, those are likely to include the 5G modem and memory chips, and among the most crucial is the A-series Bionic processor, which receives and executes commands from the users.

Apple designs its own processors and contracts out the manufacturing to Taiwan Semiconductor Manufacturing Co.’s plants in Taiwan. The arrangement makes Apple TSMC’s biggest customer, accounting for some 25% of the foundry’s revenue; Apple books TSMC’s production capacity years ahead of time as it plots its expected demand.

This year, Apple is expected to release four new iPhone models with screens similar to last year’s lineup, people familiar with the matter said. In 2020, Apple released the iPhone 12 Mini, iPhone 12, the 12 Pro and the 12 Pro Max.

The chip shortage first hit large auto makers who canceled chip orders last year and underestimated how quickly demand would bounce back in the post-coronavirus recovery. Demand for electronics and internet services that rely on chips to process information also jumped from the work-from-home economy, putting further strain on the industry.

Earlier this year, TSMC faced pressure to make more automotive chips as global auto makers from the U.S. and Europe asked TSMC give priority to their orders, forcing the chip maker to negotiate with other clients to free up manufacturing capacity for auto chips.

While TSMC has reallocated some production capacity for automotive chips, that move didn’t seriously impact Apple, people familiar with the matter said. TSMC said it doesn’t comment on specific customers.

Tesla managed the shortage by finding alternative chips then rewriting the software over the course of weeks to make them work in its cars, Mr. Musk said.

“It was an incredibly intense effort of finding new chips, writing new firmware, integrating with the vehicle and testing in order to maintain production,” he said.

Chip executives don’t believe the supply-demand imbalance will right itself soon. Pat Gelsinger, chip maker Intel Corp.’s chief executive, said last week that the strains could stretch into 2023 while rival Advanced Micro Devices Inc. Chief Executive Lisa Su said Tuesday that she sees supply-chain tightness through the second half of this year, although it should improve next year.