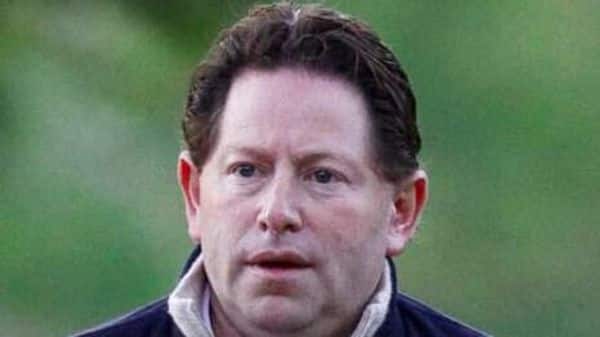 The suit, which was filed last week and which Activision is fighting, accuses the company of paying female employees less than their male counterparts and providing them with fewer opportunities to advance. It says Activision ignored complaints by female employees of blatant harassment, discrimination and retaliation.

Activision said that the lawsuit includes distorted, and in many cases false, descriptions of its past, and that it strives to pay all employees fairly.

“We are confident in our ability to demonstrate our practices as an equal opportunity employer that fosters a supportive, diverse and inclusive workplace for our people, and we are committed to continuing this effort in the years to come,” the company said in a statement.

Videogaming has been marred for years by accusations of inequality and misogyny. In 2014, avid gamers who believed industry journalists were promoting a feminist agenda used the hashtag GamerGate on social media to encourage verbal assaults and threats of violence against women game developers. In some cases, the developers were advocating for more progressive depictions of women in videogames, especially as the population of players grew beyond the early demographic of young men.

GamerGate prompted widespread calls for change among both game creators and players. Activision said that it has taken steps in recent years to make it easier for employees to report violations, such as by creating a confidential hotline, and that employees must undergo regular antiharassment training. Last year, Paris-based videogame company Ubisoft Entertainment SA said it would overhaul its workplace culture after allegations of misconduct and inappropriate behavior.

In May, Ubisoft said it had taken a number of steps over the past year to make its workplace more inclusive. Employees have new ways to anonymously report workplace misconduct, the company said, and it hired a new chief people officer as well as its first head of workplace culture and first vice president of global diversity and inclusion.

Since employees are working remotely because of the pandemic, it is difficult to measure the company’s success, said a male senior gameplay programmer in Ubisoft’s Toronto office. “It’s yet to be seen for me personally what kind of real impact” the actions will have, he said. “But it definitely looks like they’re trying.”

Others who follow the industry closely say work is still needed to improve treatment of women.

“Female employees were routinely subjected to unwanted sexual advances and other harassing conduct so severe or pervasive that it created a hostile work environment,” the agency says in the complaint.

Activision said in the statement: “The picture the DFEH paints is not the Blizzard workplace of today. Over the past several years and continuing since the initial investigation started, we’ve made significant changes to address company culture and reflect more diversity within our leadership teams.” Activision acquired Blizzard in 2008.

Earlier this month, Ubisoft was accused of institutional sexual harassment in a suit filed in a criminal court in France on behalf of a game-workers union and several employees. A spokeswoman for the company declined to comment on the suit. She said Ubisoft doesn’t and won’t tolerate abuse, harassment or discrimination.

The latest allegations are unsettling to those who have advocated for change in the games industry and been targets of vitriol for their public stance.

“Things won’t get better in the industry until it’s more expensive to treat women wrong than it is to treat women right,” said Brianna Wu, a 44-year-old independent game developer in Massachusetts who received rape and death threats during the GamerGate movement.

“Lawsuits like the one California is bringing are a great step forward because they force companies to prove that they’re paying women fairly and promoting women fairly,” Ms. Wu said.

Ms. Wu isn’t involved in the suit against Activision and doesn’t have a relationship with Activision or Ubisoft.

Some former Activision employees said they weren’t surprised by the lawsuit.

Shay Stein worked for Activision’s Blizzard Entertainment unit at the company’s Austin, Texas, campus from 2014 to 2017 as a game master. She said the mistreatment of women outlined in the complaint as taking place at Blizzard’s Irvine, Calif., campus was “on par” with what she personally experienced in Austin. For example, she said in her first year on the job she was offered drugs by a senior male colleague at an off-site employee gathering to help “get me in the mood” because “I wasn’t having enough fun.”

Now 28 years old and working as a freelance graphic designer in Brooklyn, N.Y., Ms. Stein said she didn’t report the incident to Blizzard’s human-resources department because she hadn’t yet completed the company’s probation period for new recruits and was afraid of losing her job. “It was a really uncomfortable experience,” she said.

A spokeswoman for Activision said in response to Ms. Stein’s remarks: “Such conduct is abhorrent and will not be tolerated. We appreciate Ms. Stein’s courage in coming forward and will fully investigate this and any such claims brought to our attention.”

Blizzard co-founder Mike Morhaime, who left the combined company in 2018 to start a new game studio, said in a statement Saturday on Twitter that the California lawsuit against Activision is “very disturbing and difficult to read.”

“It is no consolation that other companies have faced similar challenges,” Mr. Morhaime wrote. “I wanted us to be different, better.” Mr. Morhaime said he will use his influence “to combat misogyny, discrimination and harassment in any form.”

Recognizing that many dedicated gamers are women would be a good start for companies that want to change their cultures, said Amanda Cote, assistant professor of media and game studies at the University of Oregon.

Today, nearly 227 million Americans play videogames, according to the Entertainment Software Association. About 45% are female and 55% are male, the association said.

“Game companies for so long have assumed that their target audiences are men and that women are outsiders,” Dr. Cote said. “And that’s not true.”